The Founding Fathers were great men, no doubt. And they gave us a government that is unparalleled in human history. No one doubts that but even great men can make mistakes and their mistake was the construction of Supreme Court of the United States (SCOTUS). Granted there are certain things they got right with it, but so much went so wrong.  With the appointment of Gorsuch by Trump and undoubtedly more appointments in the future with some of the judges up in age and failing health, now is the time look at SCOTUS and how we can change it for the better.

What is RIGHT with SCOTUS

And that is pretty much what is RIGHT with SCOTUS. The rest of it is a mess.

What is WRONG with SCOTUS

The judicial Power of the United States, shall be vested in one supreme Court, and in such inferior Courts as the Congress may from time to time ordain and establish. The Judges, both of the supreme and inferior Courts, shall hold their Offices during good Behaviour, [emphasis mine] and shall, at stated Times, receive for their Services, a Compensation, which shall not be diminished during their Continuance in Office.

How do you get “lifetime appointment” from  “shall hold their offices during good behavior?” and what are the consequences if you have “judges behaving badly?” And what is “good behavior” exactly? We assume we can impeach judges that “behave badly” but the Constitution never made it clear what to do with bad judges so we treat them no differently than Senators, Congressmen or even the president who it was made clear what to do 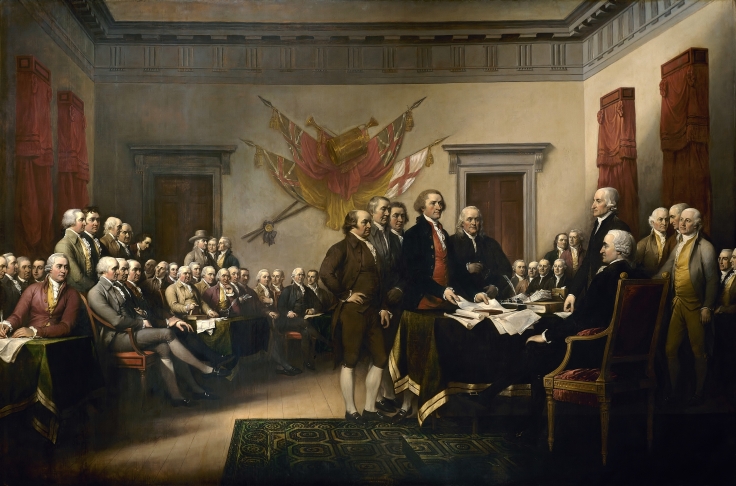 The Founding Fathers were wary of men having absolute power. As the saying goes, absolute power corrupts absolutely. Yet they set term limits for the President (4 years), Senators (6 years) and Congressmen (2 years) but according to Supremecourt.gov: The Constitution states that Justices “shall hold their Offices during good Behaviour.” This means that the Justices hold office as long as they choose and can only be removed from office by impeachment.

FOR AS LONG AS THEY CHOOSE!!!! Are you kidding me with me this? So we need term limits for the House of Representatives, the Senate and the President of the United States but not the Supreme Court, are you high?  Only one Supreme Court justice was ever impeached and that was Samuel Chase in 1805. He was acquitted by the Senate. There is nothing in the Constitution is forbidding term limits of SCOTUS judges. If the lower judges can be elected then there is nothing forbidding SCOTUS judges from being elected either.

Read it again: both of the supreme and inferior Courts shall hold their Offices during good Behaviour.   That is right both SCOTUS and lower courts are supposed to have “lifetime appointments” yet we elect lower judges all the time! Therefore we can elect SCOTUS judges as well and give them term limits! 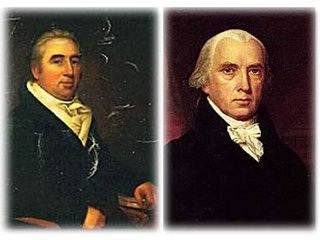 2.   Marbury vs. Madison  The Constitution is quite specific about what cases SCOTUS           can hear and the judicial review doesn’t make a mention. Yet when Marbury vs. Madison came to the court, two things happened. One-the Court denied having authority to act on Marbury’s behalf even though they did. Two-they used that opportunity to create the power of judicial review even though they didn’t have the authority to do so. So basically the authority they did have, they didn’t use. The authority they didn’t have they took. What is judicial review? It is the ability to review by the US Supreme Court of the constitutional validity of a legislative act.  You might ask, well isn’t that just part of the check and balances?  Well, you have to remember all lawmaking power was given to Congress, not to the judiciary and the Founders were afraid of what is happening now the Court making law.

3. They have an abysmal human rights history! For every Brown vs. the Board of Education which upheld human dignity, they have plenty more Plessy vs. Fergusons, Dred Scott vs. Sanford and one of the worst cases decided by SCOTUS  Korematsu v. U.S., which said that the Japanese internment of Japanese Americans was not unconstitutional.  The Supreme Court has been on the wrong side of every human controversy during their tenure from slavery, segregation, abortion and marriage (save Loving vs. Virginia)  and because of Marbury vs. Madison,every decision unconstitutionally was creating laws.  From Lawrence vs. Texas which legalized sodomy to the Obergefell vs.Hodges decision which redefined the institution of marriage.

In fact, we see the change from when SCOTUS was at least pretending to be constitutional to where it all got thrown out of the window in 1938. That is when the US vs. Carolene Co. case took place and that famous footnote would change SCOTUS forever:

Nor need we enquire…whether prejudice against discrete and insular minorities may be a special condition, which tends seriously to curtail the operation of those political processes ordinarily to be relied upon to protect minorities, and which may call for a correspondingly more searching judicial inquiry. Compare 17 U. S. Maryland, 4 Wheat. 316, 17 U. S. 428; South Carolina v. Barnwell Bros.,303 U. S. 177, 303 U. S. 184, n 2, and cases cited.

As a Black woman I certainly have a place of admiration for it intention but what this did was two things 1) It involved SCOTUS in cases they were not legally and constitutionally allowed to hear otherwise 2) It created a class of victims that would go far beyond “race” to include, gender, sexual orientation, etc. It also set up strict scrutiny.  What that means is if the government is to violate your constitutional rights it has to an overwhelming reason why it must do so. This would be especially true for racial minorities because they had no real protections otherwise.  From this point on, SCOTUS would hear nothing but civil rights cases.

For all these reasons, SCOTUS is the weakest part of the Constitution and needs to be changed. If we continue down the same road we are on, it won’t be long until our republic is lost and we are ruled by a mad judiciary instead.