If you look around the pro-choice side seems to be running scared. More and more people

are understanding that an unborn child is indeed a human being and should be protected under the fifth and fourteenth amendments. While the opposition tries to say they have science on their side, it is our side that really seems to be the champions of science and not some pseudo-science that the pro-choice side purports as truth.

Alabama recently proposed a bill that would add an amendment to their state constitution defining an unborn child as a person.

The proposal came from state Rep. Ed Henry, R-Decatur, who pointed out that “science makes it clear that [life] begins at fertilization.” His bill would define a person as “any human being from the moment of fertilization or the functional equivalent thereof” in the Alabama Constitution, the Montgomery Adviser reports. http://www.lifenews.com/2016/03/24/constitutional-amendment-in-alabama-would-define-unborn-baby-as-a-person-and-ban-abortions/

The pro-choice crowd is getting smaller everyday. With science consistently confirming what pro-

lifers know to be true, hiding from the truth is getting harder. From 4D ultrasounds to films like the Silent Scream produced by now deceased former abortionist turned pro-lifer, Bernard Nathanson, people are seeing abortion for what it is. It is not a right, it is society’s greatest wrong. Killing another person because they are inconvenient is not how we handle problems. If it is, we need to apologize to every murderer incarcerated and set them free. 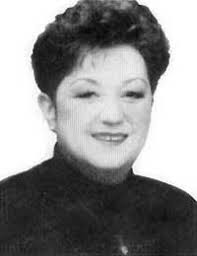 eople assume that it is Roe v. Wade that created the whole abortion “right” but it wasn’t. Roe v. Wade allowed for abortion to be  restricted by the state at certain points in the pregnancy. It was Doe v. Bolton that made it possible for a woman to have an abortion throughout her entire pregnancy. Both Roe and Doe were decided on the same day. However, it is Doe that carries most of the power that makes abortion legal all through pregnancy. So even if we got rid of Roe without getting rid of Doe, abortion the way it is would still stand following the decision. It is Doe we need to be concentrated on.

Both Roe and Doe were duped by their lawyers.It is time the American public stopped

being duped by them as well. The lawyers in each case were out to make a name and a buck for themselves and we have allowed our own children to be the victims to their duplicity. The pro-life side is winning. As more Planned Parenthoods are shutting down like the one in Winter Haven, Florida that was opened for 23 years, the general attitude about it seems to be one of acceptance and not of general outcry. [http://www.theledger.com/article/20160229/news/160229340?p=all&tc=ar]  After all, according to Life Action News, 23 Planned Parenthood have closed down since 2015.             http://liveactionnews.org/23-planned-parenthood-centers-closed-in-2015-survey-finds/  However, we still have a long way to go.