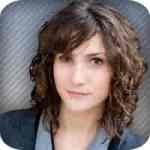 Dana Loesch of  Mamalogues and the Dana Show who started this new site, Mother of All Conservatives, personally invited me to be a weekly columnist on her site.  So now on Fridays I will be writing a piece for the site. This week I wrote two.  One of them was:The Garden of Feed Them which you can find here  on my site and the other one was “Fed Up With the Fed. ” The latter details the Ron Paul bill that wants to audit the Federal Reserve.

When you get an opportunity to work with someone like Dana Loesch you don’t say no.  I know I am going to enjoy working with Dana and doing my part to bring in more readers to her awesome site.  Please check it out, you won’t be disappointed.

Mother of All Conservatives

In closing, I just want to say it is so heartening to see more women rejecting the false ideology of feminism and returning to the more traditional values that has led to us being the greatest nation on Earth.  When women band together we are a force to be reckoned with.  And none more so than Mothers. Especially when you are the Mother of all Conservatives!